Most Interesting Linux Facts That Each Geek Should Know

in General Knowledge, Linux Tricks - on 5:11 PM - No comments

Linux is one of the world’s most powerful and popular operating system. Linux operating system was developed by Linus Benedict Torvalds at the age of 21. At present there are more than 300 flavors of Linux are available and one can choose between any of them depending on the kind of applications they want.
Linux is a freeware and generally speaking its free from Virus and other malware infections. In this post I will share few Linux facts which may or may not be know for many of us.


Most Interesting Linux Facts That Each Geek Should Know 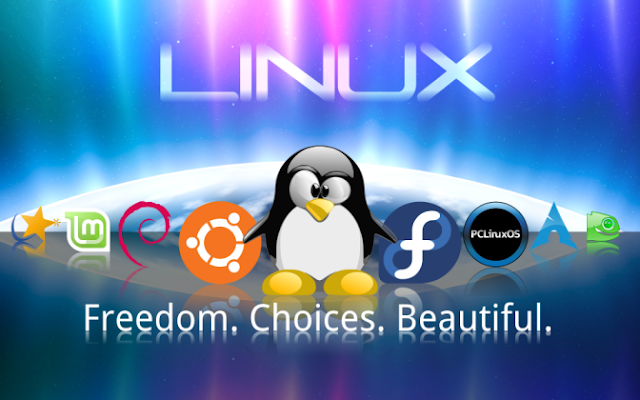 1. Only 2% of the current Linux kernel written by Linus Torvalds.

2. The Linux kernel version is written in the programming language C.

3. The first commercial distribution GNU / Linux was Yggdrasil was launched Lice-CD format in 1992. Red Hat was one of the first distributions to settle within companies and data centers in 1999.

4. A guy named William Della Croce Jr. registered the name Linux and demanded royalties for use of the mark. Later, he agreed to assign the trademark to the true owner, who is Torvalds.
5. Countries such as Russia, Brazil and Venezuela have put their focus on Linux as a basis for interoperable management , cost efficient and technologically independent.

8. The name of the penguin, Tux , is not entirely clear. On the one hand, it is said that the origin of the name comes from the fact that penguins appear to be wearing a tuxedo, which in English is said max tuxedo tux and is abbreviated. In contrast, another source comes from the letters of the logo of Tux are Unix Torvalds.


9. Torvalds wanted to call the kernel Freax (a combination of “free”, “freak”, and the letter X to indicate that it is a Unix-like), but his friend Ari Lemmke, who administered the FTP server where the kernel was hosted for download, the download directory called kernel of Linux Torvalds.

10. Debian was one of the first GNU / Linux that was constituted and organized as a community of developers.

12. Linux programmers are often associated with living “isolated” in the world, however, over 75% of the code developed for the Linux kernel came from private sector developers. In fact, large technology companies like Intel, Google, IBM, AMD, Sun Microsystems, Dell, Asus, HP, Analog Devices, Oracle, Novell or Red Hat help developing applications, contributing to the core or pre-installing any GNU / Linux their machines. In fact, during the 2003 Super Bowl (which paralyzes the United States and remains glued to the TV for many Americans), IBM delivered a beautiful ad talking about Linux and open source options.

13. The GNU project in 1991, had no drivers and kernel, that’s what led to Linus Torvalds to address the Linux kernel development. If GNU had had, perhaps, Torvalds had not been put to work on that.

15. World known companies such as Google, Cisco, Facebook, Twitter, Linked in etc use Linux as their main operating system.