in Android Tricks, iPhone Tricks, Windows Mobile Tricks - on 11:42 AM - No comments

Text messaging, or texting, is the act of typing and sending a brief, electronic message between two or more mobile phones or fixed or portable devices over a phone network. The term originally referred to messages sent using the Short Message Service (SMS); it has grown to include messages containing image, video, and sound content (known as MMS messages). Below are the top 10 apps for Android, iPhone and Windows operating system. 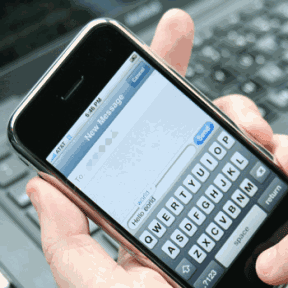 1. Nimbuzz
This app is packed full of features, and if they only made it a little more sophisticated then it would be a world beater. It is able to make video calls and voice calls. It also gives you access to chat rooms and has IM functions too. You can play games on it and you can buy credits to call land lines, although why you would do this when you have a mobile phone in your hands is a mystery, but the option is still there if you need it.

3. Google Hangouts
The text function on this app has replaced Google Talk, even though the text function is a little basic. You may make free conference calls on this by having numerous people within your video or audio call. And, you may do most of their functions for free.

4. Voxer
The fact that this app applies so much dedication to voice messaging is one of the main reasons why it is not just viewed as yet another chatting app. It allows you to play back voice messages that you have received, even though the voice chatting functions are all streamed live.

5. Skype
This is the most popular chatting app on the list. It has a strong interface, and is known quite widely. This is good because it means more people are likely to have Skype and so are able to talk to you on it. You may use simply the voice function, or you may use the video calling function too. It is also available on most platforms including on desktop platforms, plus as a communication client, it is pretty reliable.


6. iMessage and FaceTime
Both of these apps make up a complete service. The two are supposed to form one big app, but nobody has seen fit to meld them yet, even though they have 250 million users and 2 billion messages are sent per day. The sheer numbers of this Apple-only app are enough to convince most people that the app is worth a try.

7. Snapchat
This is a popular messaging app that Facebook soon released its own version of. Its best feature is how quickly it allows a user to share photos as well as messages. From start to finish it takes less than ten seconds to get one image from one phone to another. Photos and messages may also be presented as stories which do not expire in the same way that regular messaged images often do.

8. Viber
This was created from the ground up as a mobile app, which means it is better suited to most mobile phones. This is great for video chats and it very reliable too. It is stripped to basics when it comes to IM functions, but it is not really to the apps detriment. They have also started offering a premium service too, and have created a desktop app too so that people may communicate between mobile phones and desktop computers.

9. BBM
There is an Apple-only app on this list; it seems only fair that there is a Blackberry-Only app. however, this year it was also launched on the Android and iOS too. It is a basic app but is very popular with Blackberry users, and has some pleasingly simple and basic voice and video calling functions, along with some nice IM functions too.

10. ChatON
This fun little app is full of weird but original ideas and features. It is not the easiest app to control or use, but it is by no means difficult to understand, use or learn to use. It even has a translation service that allows you to chat (text-chat) with other people who are not using the same language as you. This app was developed by the technology company Samsung.