WhatsApp Messenger is a cross-platform mobile messaging app which allows you to exchange messages without having to pay for SMS. WhatsApp Messenger is available for iPhone, BlackBerry, Android, Windows Phone and Nokia and yes, those phones can all message each other! Because WhatsApp Messenger uses the same internet data plan that you use for email and web browsing, there is no cost to message and stay in touch with your friends. Here is the status update of Mark Zuckerberg who mentioned it on Facebook on 20th Feb. 2014. 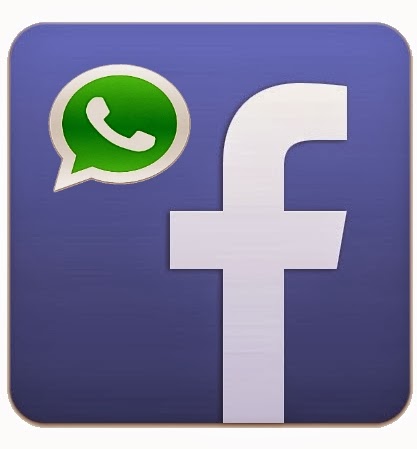 Facebook announced that, it has acquired the rapidly growing cross-platform mobile messaging company “WhatsApp”, for a total of approximately $16 billion, including $4 billion in cash, approximately $12 billion worth of Facebook shares and an additional $3 billion in restricted stock units for the WhatsApp team over the next four years.

The deal is a big bet for Facebook, which has until recently struggled to convince investors of its strategy for mobile.


WhatsApp has more than 400m users around the world and claims it is adding more than 1 million new registered users a day. It allows unlimited free text-messaging and picture sending between users and is among the world’s most downloaded mobile apps. Facebook’s successful bid comes after Google reportedly made a $1bn offer for the company last year.

“WhatsApp is on a path to connect 1 billion people. The services that reach that milestone are all incredibly valuable,” said Mark Zuckerberg, Facebook founder and CEO. “I’ve known Jan [Koum founder and CEO] for a long time and I’m excited to partner with him and his team to make the world more open and connected.”

One of the funny meme currently famous on social networking sites: 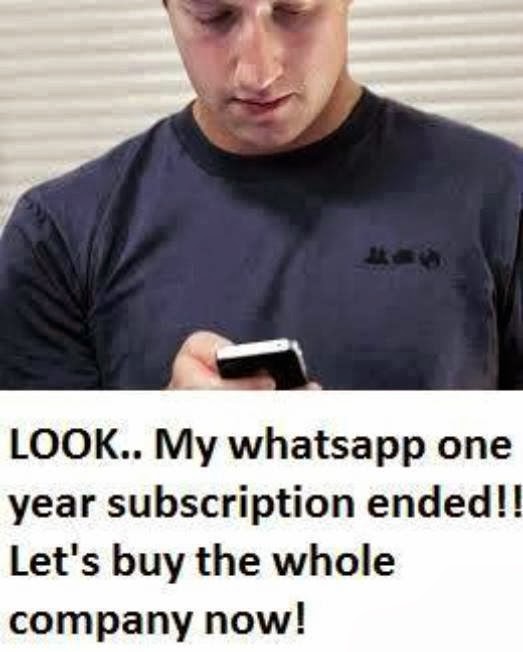 Get Free Email Updates to your Inbox!
Labels: Tech