Speed up Android phone without rooting

Android is nowadays known as best open source operating system for mobile devices. Due to many of the features, popularity among the people to use android is increasing rapidly. Many of the users are facing the issues while using their devices which are running on comparatively low memory. Here I have posted the tips which will surely help you to gain performance on your device.


Speed up Android phone without rooting 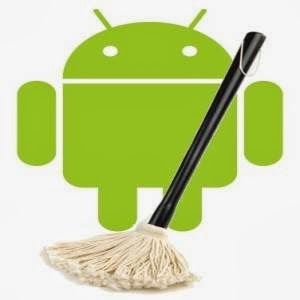 Steps you have to perform

All the android devices preloaded with their default launcher. Still you can install third part launchers to get better user interface. It helps not only to enhance GUI but also can tweak the time it takes it to navigate around the OS.One of the launcher you can try is Lightning Launcher, which helps to speed up android phone and also gives more options for customization.

To use Lightning Launcher or another launcher of your choice:

One can set maximum of 7 home screens for android device. But using all 7 Home screen will make your android phone to work slowly and also using lots of shortcuts for apps will also make your device to work slowly especially when your device running with less amount of RAM. Before changing the launcher give a try to this tip and if you feel you device works slowly after reducing number of home screen.
Once you open any application on your device, it write cache which slows down the device performance. It is better to clear the cache to gain much better performance. You can clear the cache on any individual app by visiting its property page in the Settings menu and tapping the clear cache button, but with dozens of apps on most phones, it could take an eternity to do this manually.


Instead you can use third party applications, like App Cache Cleaner, It's a free app, makes it easy to delete the cache on all your apps at once with just a couple of taps. It also allow you to clear cache within specific time interval. You can download and install App Cache Cleaner easily from play store.

There are many of the application which you never ever used but still acquiring cpu resources. Which causes slowing down your android device. So it is always better to uninstall such apps completely from memory. If your device is with large number of apps then this may be a ready for the slow process of your phone. Uninstall unnecessary apps and make the device to work faster.
All the android devices comes with default memory as Internal Memory. All the pictures, videos , file transferred through Bluetooth, downloaded files, apps will be saved in internal memory. Using internal memory to save all files will make the device to work slowly. So it is better to change it to SD card. Make default memory as SD card and also you can move any apps from internal memory to SD card. If your device is with low internal memory, make this change to speed up.


Speed up Android phone without rootingReviewed by Vinay Vernekar
Rating:5

Get Free Email Updates to your Inbox!
Labels: Android Tricks