Home » General Knowledge » Difference between 32 and 64 bit architecture, Which one you should choose?

Difference between 32 and 64 bit architecture, Which one you should choose?

The tendency of a computer’s processor to deal with information on RAM (random access memory) depends upon 32 bit and 64 bit version of Windows. 64 bit version can handle more RAM and apps than 32 bit.

Let’s understand it in a simple way. 64 bit version can deal with physical memory (RAM) above 4 GB and up to 128GB (yes, it exists!) while 32-bit version can address RAM up to 4 GB only. Therefore, if you have a 32 bit version of Windows installed on your computer then installing RAM above 4 GB doesn’t make sense.

The ability to handle large memory makes the 64 bit version more efficient while dealing with processes. Hence, it increases the overall performance of your PC. So 64 bit is more powerful in a nutshell. Now lets check some more things related to these two technologies. How to Choose a correct version of Windows 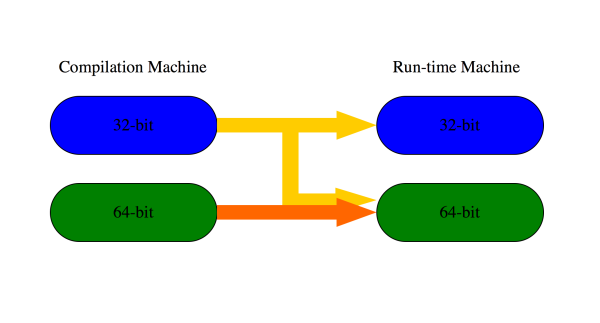