Wonder how Bluetooth got its name, Here is a story of Bluetooth! How this technology got its name. Intel mobile computing engineer Jim Kardach was approached by his boss him asking him to develop technology which would help integrate wireless into the notebook. Jim developed a technology for exchanging data over short distances using short-wavelength radio transmissions. 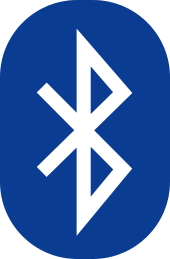 Intel later approached a small group of companies including Ericsson and Nokia, IBM, Motorola, Nokia and Toshiba to form a consortium to discuss the short range wireless technologies and the need to develop a single short-range standard for the same. The idea was to discourage having three or more competing standards for the same technology.

During this process of negotiations, it was noticed that each company referred to the technology by different names and this created much confusion. It was then that Jim came up with a code name Bluetooth.

Jim Kardach being a huge history fan heard from Sven of Ericson talk about a 10th century king of Denmark. Back at home he received a novel he had ordered named ‘The Vikings’ by Gwyn in which he again read about the Harald Balaatand whom Sven had mentioned. King Harald Blaatand “Bluetooth” 11 united parts of Norway and the dissonant Danish tribes into a single kingdom and ruled Denmark and Sweden seamlessly.

Jim proposed the codename to the Special Interest Group (SIG) that was working on a single standard. Harold “Bluetooth’s” success in uniting Scandinavia seemed like the perfect name to describe a technology which would make Pc’s and phones communicate seamlessly. This name was initially proposed as a codename only until the group came up with a singular name for the technology. However, the group evidently adopted the name in the end.