Top 10 Tech Companies in the world 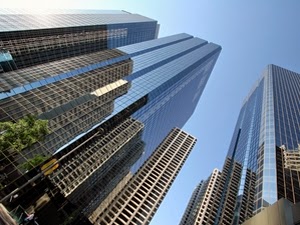 IBM has jumped a couple of positions from 2012, to become the biggest and the Tech industry leader. IBM has its operations spread over 170 different countries across continents. Going through the reports of 2012, IBM made a net overall profit of over $16.6 billion. IBM has around 434,240+ employees working under its hood from around the globe.

After IBM comes Oracle, one of the next leader in the Tech industry. Oracle has different kinds of services in both hardware and software divisions. Oracle has more than 400,000 customers globally, and has a employee chain of over 120,000. Oracle has its services offered in more than 140 countries across the globe.

Microsoft has been into the Tech industry for over 30 years, and has above 100,000 people working under its name. The net profit of Microsoft currently is $22.1 billion.

SAP offers its services on over 130 countries worldwide and some of their major services includes enterprise software’s and software-related services.

CISCO is among the tech companies that made no change in rankings, compared to last year. CISCO was found in 1984 by couples Len Bosack and Sandy Lerner, former employees of Stanford University. CISCO’s major services includes networking technological services.

Apple, the company widely known for its “iDevices” which includes iPhones, iPods and other gadgets like the Mac’s. Since it was founded by Steve Jobs and Steve Wozniak, it has grown over these years to become one of the leading tech company of the world.

Apple recently announced that it had sold over 31 million iPhones by the third quarter of 2013.

HP has experienced a dramatic decrease in its ranking since last year. HP was among the top 5 tech companies in 2012, whereas in 2013 it has occupied the 7th position in the list of leading tech companies.

HP has a wide range of products from printers to laptops and tablets and its services includes cloud printing and data services.

Google, the company that literally owns the web, is in the 8th position on our top 10 list. Since it was found back in 1998, Google has grown and progressed a lot to become one among the leading tech company of the world and owns many popularly used services like Blogger, YouTube, Picasa, Motorola Mobility and Android as well.

Last year, Samsung surpassed Apple to become the largest Smartphone manufacturer and seller globally. And now, Samsung has also made it to the list of the top 10 tech companies of the world. Samsung electronics saw a lift off, since their Galaxy lineup of Smartphones got successful and started to sell off.

Tencent is a tech industry name that leads and tops in China. Tencent is a company that came into the limelight since recent years as some of its products such as the WeChat instant messaging application got successful. Tencent has a net value of over $18,000.