in Free Services, Technology, Youtube Tricks - on 11:44 AM - No comments

The Graphics Interchange Format (better known by its acronym GIF) which is a bitmap image format that was introduced by CompuServe in 1987 and has since come into widespread usage on the World Wide Web due to its wide support and portability. 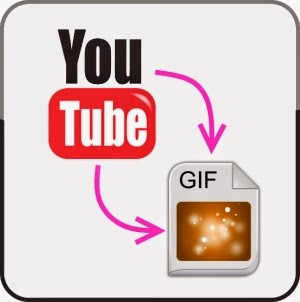 GIFs are becoming quite popular. You no need to have any extra tools to view GIF files. On most of the forums, GIF images are also enables to allow users to set as profile pic which is cool. We people always like animates/movable things rather than static one. So don't you think it will be great if we can convert the part of video into GIF format? Yes you can do this now. By considering these requirements, YouTube has launched this feature to fulfill your need. Take a look on it.

The GIF can only be as long as five seconds of the video (not the GIF’s own play time). You get a slider to move across the video’s frames and position over the part you want to turn into a GIF. You can manually position it using the time boxes. Once you’ve selected the scene, add text at the bottom and top, click Create GIF when you’re done. 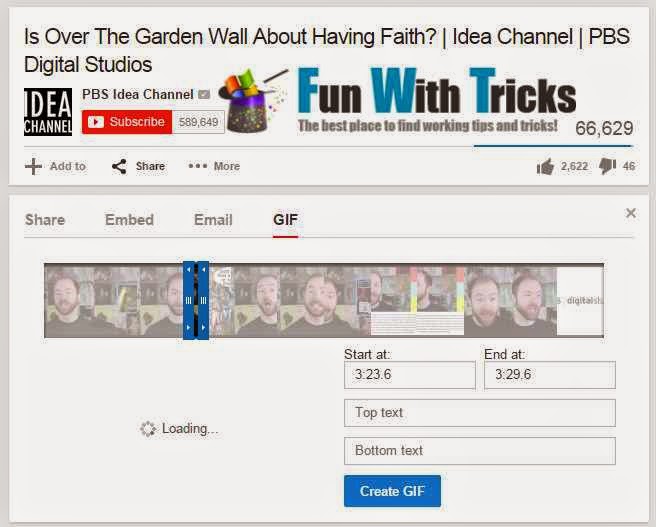 You get both the direct link and an embed code for the GIF. You can create a new GIF from that same video, or share the GIF to one of the eight supported social networks.

Obviously, this is something YouTube users will love. It’s also going to challenge other apps and services that create GIFs from YouTube videos. The good thing is that for now they can still compete on length and quality of the GIF and so long as the feature hasn’t been rolled out for all videos, popular GIF making services can up their game.